Hello! We are having a very rainy summer here in Belfast, so I was pleasantly surprised to find out that Romania gets very hot at this time of year. We booked flights to Bucharest a little while ago, with the intention of flying there then travelling around without actually staying in the city itself. That didn't quite go to plan. Here's how our weekend unfolded!

1.30pm - Land in Bucharest after a 3 hour and 45 minute flight from Dublin. It served as a great reminder that I need to visit a dentist this week because I got severe toothache and mouth numbness due to cabin pressure. Whoops.

2pm - We discover there are no rental cars in the entire airport. Our original plan had been to rent a car and drive immediately to Varna in Bulgaria, then try to drive to Moldova the following day, so we had to hastily reconsider. We get some lunch and eventually decide a taxi is the best way to get into Bucharest.

2.30pm - Starbucks. Okay, not the best way to have a cultural experience in a new city, but they're comforting and familiar and they always have WiFi. We use the internet to find a nearby hotel and decide that once we're cooled down we can make a new plan. It was about 30 degrees and I was wearing a jumper.

3pm - We check into the Europa Royale which is right around the corner from Starbucks, and set us back €75 a night. Sweet, sweet air conditioning.

5pm - New plan with the help of the internet and a couple of patient receptionists. We make a plan for Saturday and finally feel like we can relax in Bucharest.

6pm - Dinner in a street of the Old City/Old Town, I can't remember the name of the place but we had a lot of pasta.

8pm - A sunset walk to the Palace of the Parliament and the beautiful fountains which centre the boulevard it looks over. I get a good sense of the 'Little Paris' nickname Bucharest used to answer to. 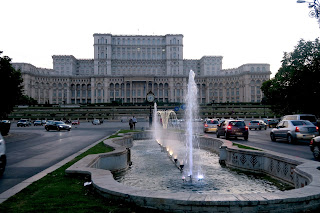 7.45am - We meet our tour guide for the day, and learn that we are not going on a day trip with other tourists, but alone with our tour guide in the back of his Renault Megane.

8am - We set off for the border with Bulgaria. I visited Bulgaria 7 years ago in winter, but I looked forward to seeing it through the eyes of an adult in summer.

10.30am - We visit the Ivanovo Rock Churches; ancient cave-based churches dating back to the 12th century. The sun wasn't too high or hot yet, so we had a lot of fun climbing our way to stunning panoramic views. 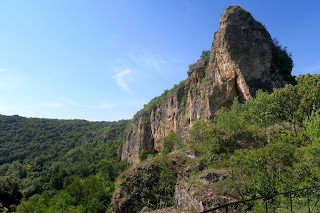 12pm - After a nap in the car, we make it to Veliko Tarnovo, and sit down for lunch at Shtastliveca. We had two courses each and a lot of water and it cost around £10. If you've ever wanted to feel like you've been shrunken down to dine in a doll's house, this restaurant is the answer. 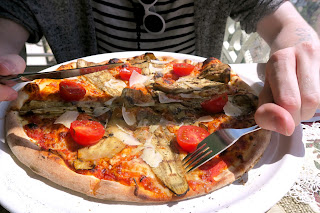 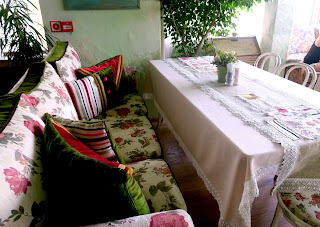 2pm - After lunch we explore this beautiful city, which is most famous for its fortress and views of the Yantra river. We did quite a lot of walking and got ourselves a little bit sunburned. 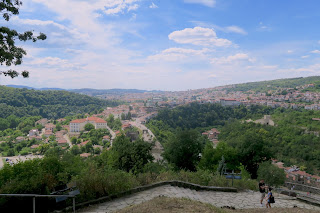 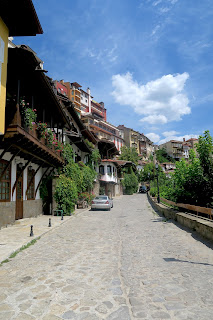 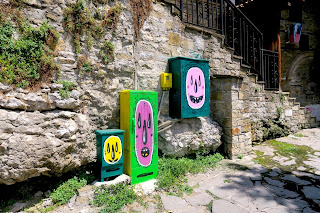 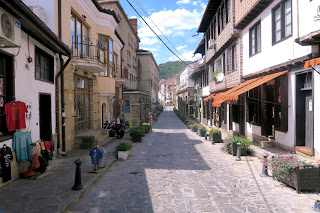 4pm - A short drive out of the city brings us to the village of Arbanassi, where we stop for some ice cream cake (consumed too quickly to be photographed) and drinks. 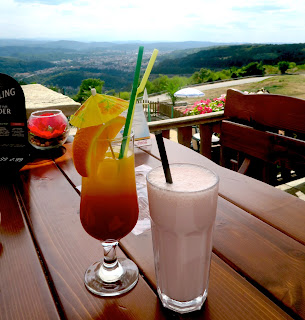 4.30pm - Still in Arbanassi, we take a tour of Konstantzalieva house, built in the 17th century and decorated to mimic its original style. I became quite obsessed with the idea of a giant bed. 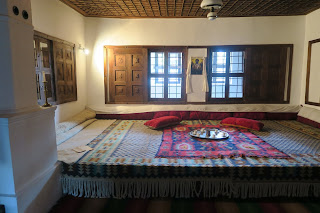 5pm - We skip the offer of tours of a church and another city, and set off on the journey home

7pm - Due to roadworks, we get very delayed at the bridge which crosses the Danube River, connecting Romania and Bulgaria. The sun is going down so most people abandon their cars and take some sweet photos. 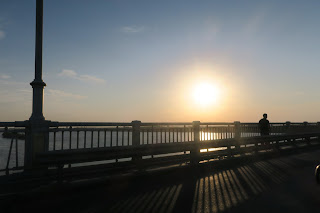 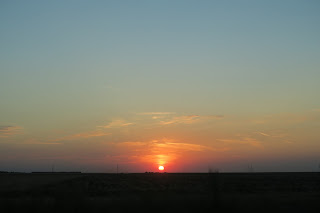 9pm - We get back to our hotel and avail of snacks and WiFi.

8am - There's nothing I love more than a hotel breakfast. The novelty has yet to wear off.

9.30am - Our hotel room is filled with a choir singing at mass at the nearby Biserica Sfântul Anton, but eventually we go out and take a final walk through the city and end up trying on clothes at H&M and Pull and Bear. Typical.

12pm - After checking out and ordering a taxi, we are back at Otopeni Airport. There's just time for some falafel and grapefruit juice (new obsession) before we have to board a noisy flight back to Dublin. On the flight I finish Stoner by John Williams and I really enjoyed it. A little bleak for travel reading, but I'd thoroughly recommend it.

Facts and Figures
We took a Ryanair flight from Dublin Airport to Otopeni International, Bucharest. Flight time is under 4 hours.
The currency in Romania is Lei and £1 = 6.24RON.
The currency in Bulgaria is Lev and £1 = 2.76BGN.
The average August temperature for Bucharest is 21°C but we turned up in a heatwave.
The day trip to Bulgaria lasted 12 hours and was arranged by our hotel at a cost of €100 per person.